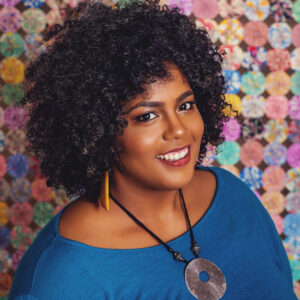 There has been a lot of discussion and debate around the American Rescue Plan, which is designed to stimulate the United States’ recovery from the devastating effects of the COVID-19 pandemic. As we consider how to distribute funds from the American Rescue Plan, it’s critical that the needs of historically underserved Black family forest owners aren’t overlooked. The Sustainable Forestry and African American Land Retention Network (SFLR) is ready to work with USDA to leverage the skills, expertise, relationships, and capacity of SFLR to maximize the impact of the stimulus package.

I’m encouraged that the American Rescue Plan has provisions to tackle the mistrust, inequity, and systemic racism that African American forest owners face as they seek to keep their land, manage it well, and generate family wealth. With the right support, these same families can produce climate-friendly environmental and economic benefits for their communities.

Keeping these family forests as forests means more carbon storage, an important tool for climate change mitigation, which is something we all benefit from. Many of the Black family landowners we work with often don’t see their land through a sustainable forestry lens. Sometimes they don’t even think of the trees on their land as a forest, with all the values associated with a forest.

That’s why we need to ensure American Rescue Plan delivers on its promises. In 2019, I became Director of the SFLR Program at the American Forest Foundation (AFF) as AFF assumed the administrative, fundraising, policy advocacy, and technical support functions of the SFLR program in collaboration with the SFLR network.

The SFLR network uses forestry to help African American landowners generate wealth and keep land in the hands of African American families. It has helped more than 1,400 landowners access the resources they need to retain and solidify their land rights across more than 90,000 acres in the Southeast. The network has deep connections across the Southeast and has inspired families who have a renewed hope for generating sustainable wealth and securing title to their land.

SFLR is uniquely placed to collaborate with USDA on making the most of the American Rescue Plan. I see lots of scope for the SFLR network and the USDA to use provisions in the stimulus package to increase the forest management capacity of small landowners.

One of SFLR’s key recommendations to help maximize the positive impact of the stimulus package is to create an Office of Small Farms to support programs and policies that provide equitable access for small farms. This office would be dedicated to ensuring equitable access to USDA programs for small acreage and historically underserved landowners, including forest owners.

Funding for partnerships with community-based, Black-led organizations that are working to provide legal solutions for issues around “heirs’ property,” also known as “tangled title,” is another priority. One of the major drivers of Black family land loss is partition laws that allow any co-tenant, even those outside the family, to force a sale of the entire property—leaving the family at the mercy of unscrupulous developers. Although Black Americans had amassed roughly 15 million acres of land in the U.S. South between 1865 and 1919, today, 97% of those lands have been lost, according to the Land Trust Alliance.

This is an issue I have a deep personal and professional connection to. In 2012, my parents died unexpectedly, and my family lost considerable property. During this period, I realized I wanted to refocus my work as a lawyer. In 2014 I moved to North Carolina and opened my own law firm that specialized in what I like to call “death and dirt” law. We need to help other families get organized and prepared for what happens when a family member passes, particularly for people of a low socioeconomic class whose wealth is even more precious.

In addition to ensuring the American Rescue Plan helps these Black family forest owners, enacting the Uniform Partition of Heirs Property Act (Act) is another legislative priority for the SFLR. It has been enacted in 19 jurisdictions, including the U.S. Virgin Islands, and we are working in seven other states where the Act has been introduced. North Carolina is the only state in the eight-state SFLR network that has not enacted the legislation, although it has introduced it.

The Act contains several simple but important due process measures, such as notice periods and the right for owners to buy the petitioning owner’s interest. Sales must be held on the open market instead of auction and are also supervised by the courts to ensure all the landowners receive their fair share.

The SFLR exists to create a sustainable system of support for African American forest owners that significantly increases the value of African American-owned forests, land retention, and asset development. Fulfilling our mission will not only right wrongs committed over generations, but it will also help keep sustainable, working forests as forests—something that helps us all as we enjoy the myriad benefits these forests offer like cleaning our air and water, mitigating climate change by storing carbon, conserving biodiversity, and giving us places to enjoy nature.