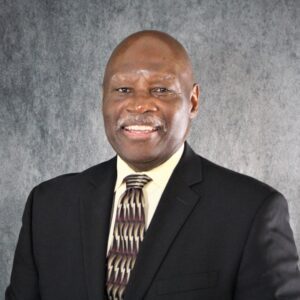 As Director of Roanoke Electric Cooperative’s (REC) Sustainable Forestry and Land Retention (SFLR) Project I have had the opportunity to help bring together like-minded organizations and offer to forge unique partnerships that connect landowners to various resources. Throughout my 9 years at REC, I have had innumerable opportunities to get to know and work with landowners who have had their land for generations and who are eager to increase its value and strengthen family ties to the land.

One example is Mr. James Roger Peterson’s farm in Northampton County, North Carolina, which had been in his family since he was a child. Through the years, the farm passed from one hand to another until he purchased it at an auction in 1984. In 2016, soon after he enrolled in Roanoke’s SFLR Project, his 152-acre farm became the site for a novel partnership between Mr. Peterson, Roanoke’s SFLR Project, graduate students at Duke University’s Nicholas School of the Environment, and the North Carolina Forest Service (NCFS).

The alliance began when Sari Palmroth, Ph.D., Associate Research Professor in the Division of Environmental Science and Policy at the Nicholas School, approached me about how we might work together to help disadvantaged landowners. Mr. Peterson immediately came to mind. After meeting Mr. Peterson, Dr. Palmroth and her students embraced the idea of working with SFLR and Mr. Peterson in developing a forest management plan, incorporating real-world experience into the graduate silviculture prescriptions course she teaches.

From there, her five-student team began developing the plan with and for Mr. Peterson. They met with him to determine his objectives and goals, then surveyed and analyzed his property. In doing so, the students distinguished seven different tracts—with varying ecological characteristics—within his property. Each tract was evaluated using three scenarios: no management, meeting landowner objectives, and achieving maximum timber values.

The resulting 50-year plan proposed measures for which tracts could generate continuing revenue now and in the future. In addition to timber management, the plan incorporated other measures, including wetland preservation that would enhance the property’s wildlife habitats. As the final step, Dr. Palmroth, the students and I met with Mr. Peterson to review the plan, tailor it to his desires, and chart a course for its execution.

Since implementing the plan, Mr. Peterson has conducted a final harvest of existing trees and undertaken significant reforesting. The ultimate goal is to help him and his family ensure that his land remains healthy, productive and sustainable for generations. Regarding his experience, Mr. Peterson says, “They gave me a good plan to work on and work with, and advised me on a lot of things that I didn’t know in the beginning. And I trusted them.”

Since our inaugural partnership with Mr. Peterson in 2016, Dr. Palmroth, her students, and Duke University’s graduate program staff have worked with us in assisting a dozen other landowners. At Duke, the program has become a part of the Nicholas School’s master’s program curriculum, fortifying the connection between young foresters and their forestland neighbors in North Carolina.